Students in Professor Lisa Phillips’ Feature Writing Class were assigned to profile people at the forefront of change:

David Wilkes, self-taught artist and vice president of Roost Studios and Art Gallery, opens up about how his journey with photography led him to go to Ghana, West Africa.

Sunlight poured in through the windows of the Roost Studios & Art Gallery, bringing out the warm tone of the brassy wooden floors. David Wilkes, a real estate lawyer, photographer and vice president of the gallery’s board, welcomed me to the open space filled with colorful pastel drawings and collages along the brick walls. My eyes were drawn to a photograph Wilkes took in West Africa. A young woman dressed in bright blue, orange and red sat on a dull, stone porch as her toddler clung to her side. The woman’s eyes were kind, yet tired. She smiled warmly at the camera while her young son stared back protectively.

On a whim, Wilkes had decided to sign up for a photography workshop. He’d always been interested in photography, but knew almost nothing about the technicality of it. The only photography he’d done up to this point in his life was shot on an iPhone. Aperture and shutter-speed weren’t techniques he was familiar with, but he showed up for the workshop at Unison Arts Center anyway. It turned out that the workshop was more of an open studio for photographers who already knew what they were doing, but instead of walking out, he borrowed a camera and allowed himself to be taught. From there, he bought his own camera and began his journey as a photographer. Now, Wilkes is working to improve the quality of life for the people of Ghana by raising awareness about the prevalent issues in West Africa and promoting economic freedom within the region.

Day to day life in Ghana is vastly different than New York City, where Wilkes was born and raised. Americans have basic human necessities accessible at every turn and it is easy to forget that people in many other countries do not have the same ease of living. In West Africa, drinking water is hard to come by, and there aren’t many bathrooms. In the capital city, Accra, you’ll see clear evidence of the gaping wealth inequality. Million dollar condos stand next to half-finished shacks. In New York City, the average commute to work will take about an hour for most people. 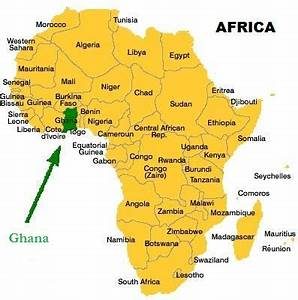 In Ghana, it can take a whole day of traveling to get to and from work. The struggle can be so great for some families, that it can push them to do what is considered unthinkable in the U.S.; sell their children off for child labor.

By chance, Wilkes reconnected with an old classmate from law school whose uncle was the senior photography editor at the New York Times. He saw Wilkes’ photography work and invited him on a photojournalism trip to West Africa to document child labor in the fishing industry. Fishing is very dangerous, especially for children. If a net gets stuck, a child laborer will often be sent under the boat to untangle it. Many times, the child will not return.

While in West Africa, Wilkes got a good sense of what the issues concerning child labor were.

“Education is free there, but you do have to pay for books and uniforms, and there’s no money for that,” he said. “A lot of times, if you’re a family with five kids, somebody may come along and essentially buy your child to work in a fishing village. So basically, you have one less mouth to feed and sometimes that money will go towards the education of one of the other children.”

This sacrificing of one child to help another is a tough choice, but it’s often a family’s last resort.

“People there see the problem, but at the same time, when you’re in such dire straits, it doesn’t seem like such a horrible choice,” Wilkes said.


Wilkes was already a change maker before this trip but in a different way. As a real estate lawyer, he worked in Egypt and Serbia for a few years working with the governments to create a better system of housing and finance.

Peruvian economist Hernando de Soto wrote a book called The Mystery of Capital. His premise is that if you can solve the underlying structural problems of a country’s legal system that relate to real estate, you will transform the entire economy.

“The idea is that if you go to a lot of developing countries, such as Egypt, many people are not aware of their property rights or property boundaries,” Wilkes said.

This makes it difficult to acquire loans from banks since there are no records. Based on de Soto’s teachings, if you can put more formalization in place, it will open up doors for people to take business loans, have more of a sense of true ownership, and transact business in a different way. De Soto’s philosophy was adopted by many international governments and America would fund these types of efforts in other parts of the world. That’s where Wilkes came in. His job was to ensure property rights for everybody.

“When you have clear property rights, you have economic freedom,” Wilkes said. “Economic freedom gives you the ability to buy food for your family, to better allocate your resources, to really think big.”

Becoming a lawyer wasn’t always the path Wilkes thought he’d take.  “I grew up drawing and painting in the art world of the West Village,” he said. “My mother and father were painters. But I also grew up seeing starving artists and I didn’t want to end up like that. My grandfather was a lawyer and I really wanted to be in business but I got a little nervous. I decided to go to law school instead. In hindsight, I should’ve just done what I wanted to do instead of thinking about backup plans. I know everybody says that, but it’s true.”

However, Wilkes says he has no regrets in terms of the way his journey unraveled. He believes his passion for photography bloomed at the right time. He added that he is thankful to have shot so many photographs in such a short period.

The Birth of The Roost Studios

Eventually, Wilkes did end up going into business. It was a regular Sunday morning in New Paltz. Wilkes and his friend Marcy Bernstein decided to go to a yoga class on Main Street, but when they arrived, the yoga studio was no longer there. Instead, staring back at them was empty space waiting to be filled. “You know,” Bernstein said. “This would be a great place for an art studio.” They didn’t know it at the time, but this was the beginning of an extensive and collaborative art community in New Paltz.

Since its opening in 2016, the Roost Studios and Gallery has gained 23 full-time members who each get a full solo art show once every year or two. In addition to housing artwork created by local artists, the Roost Studios hosts an array of events ranging from chess and mural painting to dance classes and poetry readings. “The Roost is whatever people want it to be. It’s become this really great community art space,” Wilkes said.

Along with running the Roost, Wilkes is still pursuing work in West Africa. His current focus in Ghana is getting a new venture off the ground, called OriVest. Wilkes and his two business partners are hoping to transform the agriculture and aquaculture industries in Africa through modern technology such as drones. They hope to construct their first tilapia farm next month.

“Drones are doing a lot in the agriculture world,” Wilkes said. “They can go out over a field and in an hour tell you where your weak spots are with infrared cameras. You can do a lot of things that people are laboring to do and focus the job skills on more valuable high tech stuff.”

“Most of the farmers in Ghana are over 60-years-old and everybody has the idea that what’s ‘sexy’ is to be in banking, but there’s really only so much room in banking,” he said. “There’s a huge opportunity and demand to feed the world and Africa has the resources to do it.”

Wilkes and his partners’ idea is to use the tilapia farm as an incubator for training the skills necessary for a profitable business that people can benefit from.

While all of Wilkes’ pursuits seem very different upon first glance, they all have the common themes of building community, leaving your comfort zone, and most importantly, making a change.

“You can do anything if you get the right team together,” he said. “One of the things that I like about these types of projects is that as I go along, there are more and more people involved that I didn’t initially know, but bring great skills to the table. They might not be doing it if I weren’t there, but I also can’t do it if they’re not there.”

When asked why he does this work, Wilkes said, “If you’re always operating in your comfort zone, you don’t know what you’re capable of.” There’s a joy for Wilkes in seeing what he is able to create. There’s also a level of altruism. He explained, “It’s one thing to say, I want to help my family, or I want help my friends, but I think there’s a real turn on to saying, I want to help people I have no connection to other than the fact that they’re out there in the world.”

The work he does is fun to him, but Wilkes’ definition of fun is different from the one that we are used to. He pulled up a quote on his phone that he felt explained it best. Poet Lawrence Ferlinghetti said, “The world is a beautiful place to be born into if you don’t mind happiness not always being so very much fun.”

Billie Golan, the head organizer of the farmer’s market, has managed it every Thursday for the past three years and strives to create a sense of community.

Caleb Sheedy, theater major at Syracuse University, single-handedly organized a walkout at New Paltz High School after the Parkland Florida shooting to create a platform for change on gun violence.

Helene Strong, a Holocaust survivor, dedicated her time at the VA hospital to help recovering soldiers reintegrate into civilian life and give back to the military community.

Ellie Condelles, president of Democracy Matters, spends each Thursday informing her peers about the importance of political involvement, especially in the current political climate and their ability to make a change.

Victoria Precise, an alumna and drag queen, educates the Hudson Valley on drag and inclusiveness, while maintaining mentor relationships with students.

Liam Neubauer, event coordinator of rush week for Alpha Phi Omega uses his fraternity to help others through service work and recruits others for volunteering.

Emma Ward, zine enthusiast and activist uses her position in society to advocate for human rights and other issues prevalent in America.

Brianna Knight, co-president of Melodía and Movement, strives to educate people about diversity through her poems and hopes to become a teacher.

“Jenny,” a child protective service worker, tries to help children everyday while struggling with the fact that she is an undocumented immigrant.

Thu Oct 11 , 2018
NEW PALTZ – A women’s activist group organized a march against Supreme Court nominee Brett Kavanaugh on Sept. 24 to protest his nomination. Protesters marched down Main Street in New Paltz holding signs that said,  “Attempted Rape Is A Crime” and “KavaNOPE #TIMESUP.” Some of the protesters wore Handmaid’s outfits […]